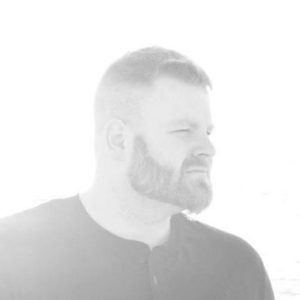 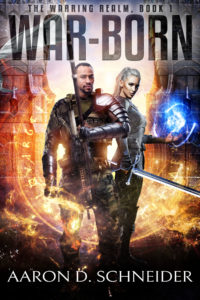 War-Born came out October 1st and with this first, full, and official offering being unleashed on a forewarned public, I thought it worthwhile to spend a little time introducing myself. If you’ve been to the About page on the website then you have the Reader’s Digest version of my journey to authorship, but for just a minute I’d like to let you know a little about me, my work, and my plans.

As I mentioned in my little biographical blurb, I have been writing for most of my life in one form or another, and while most of it has hardly ever been worth sharing, the sheer accumulation provides the foundation for my creative endeavors, especially when combined with experiences, both those in real life and those between the pages of the many books I’ve spent so much time reading. Despite writing since I was very young, I never considered authorship until I was in high school and I wrote the “next chapter” for Stephen Vincent Benét’s fantasy work ‘By the Waters of Babylon’ for a class. My teacher thought what I’d written was worth reading to the class, much to my chagrin, and later she told me in private that my writing had shown “real potential”.

Potential? Potential for what?

And it was then that two lonely neurons in the vault of my dense skull finally sparked a connection: the books I loved so much had authors, humans that wrote words and told stories, and if they could do it why couldn’t I? I was ostensibly human and for years I’d been trying to write words and attempting to tell stories, almost exclusively for my own amusement or the approval of my close circle of family and friends. Could all my scribblings and ramblings in a hundred spiral notebooks really just be the first step toward something bigger, something grander?
So I set out to write a novel… and then another… and then another… and then another.

It was then that I realized that maintaining focus on a project was going to be an issue for me. Call me fickle, but at that point in my literary development I could barely hold attention on a project for more than a few days. Now, I can generate content pretty rapidly, especially as I’ve honed my craft and focus, but I can’t write an entire novel in that time, so what I ended up with was a pile of half-formed plots which were loosely inspired by whatever I was reading, watching, or mad about at the time.

In typical teenage fashion I became convinced that my current difficulties were immutable realities I decided that the best I could hope for was to write short stories. It was not that I abandoned hopes of being an author, but for many years I was convinced that I lacked the ability and temperament to ever be a full time, novel writing author. I wanted it so badly, but I thought I was being so “mature” to recognize that maybe it was something I could never achieve. What I didn’t realize then, and wouldn’t until several years later, was that though I did indeed lack those abilities and temperaments which typify successful authors, all of those things could be fostered with passionate hard work and thoughtful dedication.

Unfortunately, I wasn’t able or maybe just unwilling to see that, and so for some time, my writing collapsed into that self-gratifying juvenile state that it had existed in before Benét.

Thankfully, God rarely lets us wallow for too long, and my young wife certainly wasn’t going to put up with it.

“You just need to write something,” she said to me one cool fall night as we walked with our two young children around a neighborhood far nicer than our own. “Just start writing and don’t stop until the story is told. To prove that you can finish something.”

So I did. It took longer than it should have, and by the time it was done the novel was a few degrees better than a recently extinguished dumpster fire, but it was written and I had actually finished a full project. I snookered some good-natured people to edit that abomination into something that resembled an engaging novel, and then set about trying to get it published.

And then I failed… a lot. It remains one of the truest things that we learn most from our failures, but what we learn from those failures usually comes in two flavors: crushing truth or crippling lies.

Crushing truth smashes your arrogant assumptions and gives you perspective that will let you use those broken bits as the fertilizer to grow something better, stronger.

Crippling lies leave festering wounds not clean breaks, and those wounds poison you until so that the world viewed through a warped and fevered eye, keeping you from seeing truth.

Thankfully, I got a good deal more crushing than crippling from the perpetual rejection by publishing agents. I learned a good deal about my weaknesses, my ignorance, and most importantly about my convictions. Somewhere along the way I had decided that no matter what I was doing at the moment, one day I was going to be an author, writing full time, even if I had to keep beating my face against the wall.

So with that discovery I suppose it was a matter of time before I found another avenue toward my goal.

Understanding that this work was a constant process of self-improvement, I started working as a ghost writer and independent support writer, making a little money, but mostly just getting experience in writing for different audiences and genres. It was through this secondary job that I met someone who saw some of that infamous “Potential” and decided to start working with me in developing my own work. I was ignorant and fumbling in so many ways, but I was determined to tell my stories and willing to do the work that would open the doors for that to happen.

And thus the Warring Realm series was born, of which War-Born is the first full book, to be followed in short order by War-Torn in late October and War-Sworn in November. I look forward to hearing all that you have to say about it, and right now is as good a time as any to say thank you for investing the time and resources to join me on this journey. I write at your pleasure, and it is to you that I am perpetually thankful.

Looking beyond the horizon of the Warring Realm series, my plan (the comedic fodder of the Almighty) is to start getting the some work done on the beginning of another series Kreigshunde Chronicles. Following the harrowing travails of the Kreigshunde family as they navigate war, intrigue, and dark, eldritch conspiracies in a world where the monsters aren’t just in the shadows, but sitting on the throne!
With my hook so baited I leave you dear reader, until next time.